It’s October, who’s getting their freak on? I have a new Halloween enamel pin! Although, much like a puppy at Christmas, this kick ass gal and her positive message isn’t just for Halloween – it’s for life.

This design has been a long time coming.

I originally drew this design last October as part of Inktober (if you don’t know what that is, there is some further reading here). Back then I thought it was pretty cool and could possibly be a pin, but I had only just started designing pins and it felt too soon. This year, though, is a different story. It’s time to breathe new life into this zombie gal.

Here is my original sketch from 2016. 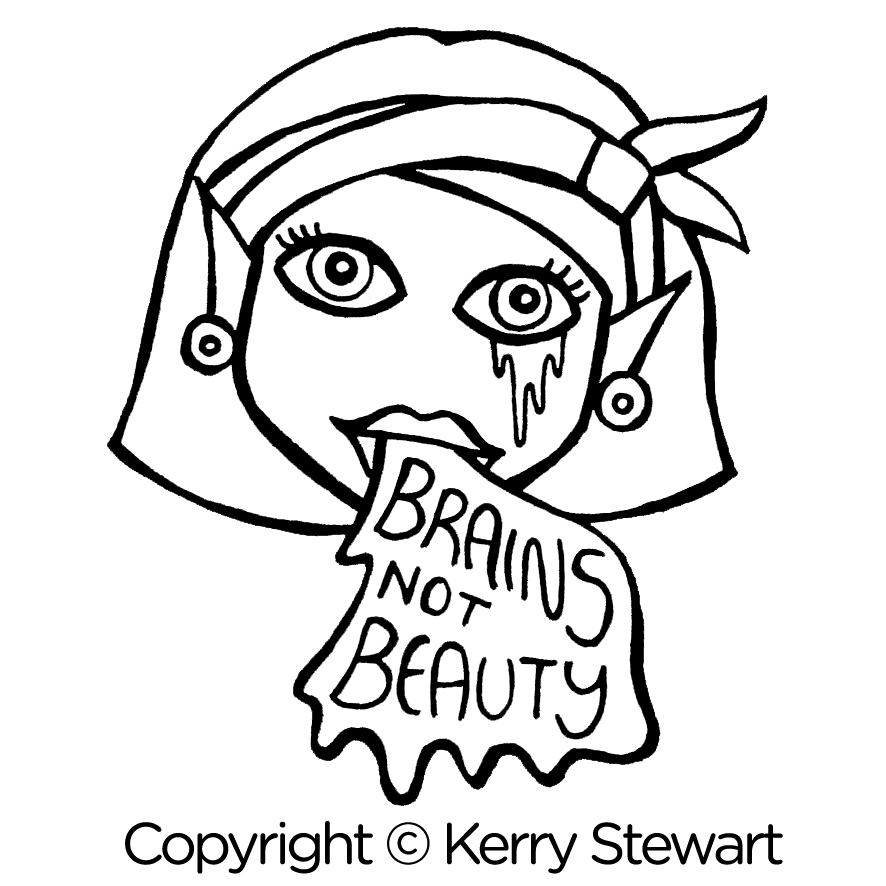 What I really like about her (and I hope you do too!) is her playful spin on empowerment.  We live in an image obsessed society and it’s easy to get caught up and judge yourself.

Be more like this zombie enamel pin. Concentrate on…um…eating brains? Ok, don’t do that. But do focus on the good stuff. It’s your brains, your heart and big, squishy hugs that matter. Or something like that.

For 2017, I gave my zombie design a makeover. Still keeping the same positive message with a few tweaks –  primarily making the text area look like some stylised brains. Ah, the fun.

Then I had an important decision to make. And who helped me make it? You guys, of course! Choosing a final colourway was tricky, so I put it to the vote by picking your brains (sorry). 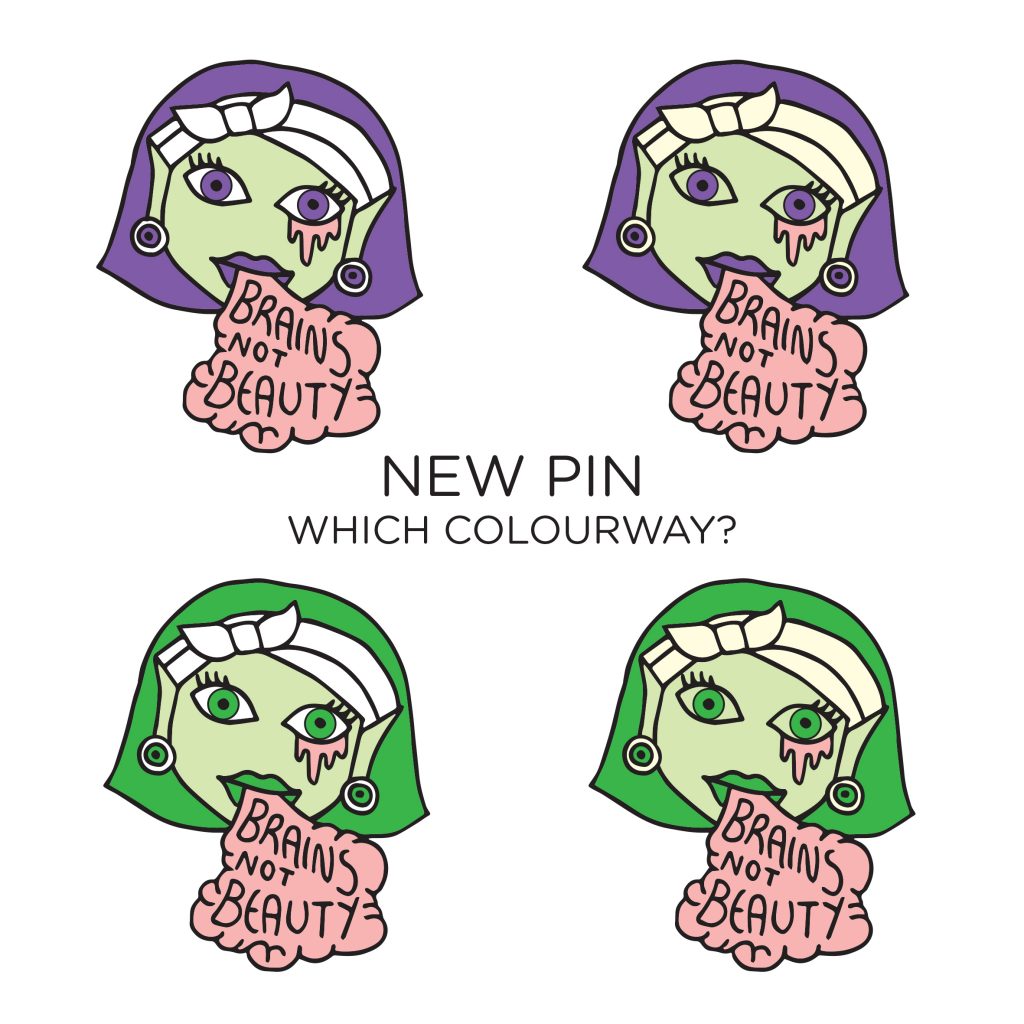 Turns out you found it tricky too and the result was a tie. So I split the order – half green, half purple. Both versions look spooktactular.

Like what you see? Well shhh… here’s a code for 15% of the zombie girl pin BRAINSNOTBEAUTY. Simply type it into the Etsy discount code area. It’s valid until 31/12/2017 because, like I said, this pin is for life not just for Halloween.