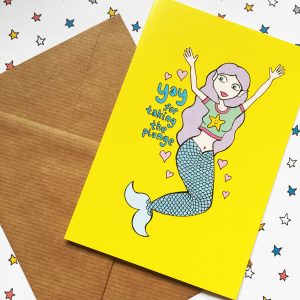 Some very exciting news indeed – Not On The High Street have accepted Ladykerry Illustrated Gifts as a partner! To be part of this beautifully marketed and curated online shopping platform is an absolute honour. And more than a little nerve-racking. But the good news is that you can now buy my quirky greetings cards from NOTHS ! Watch out for a fun range expansion over the coming months!

NOTHS brought their pitch up event to Edinburgh – the first time they have held this event in Scotland. It offers the chance for a 10 minute chat with personal feedback on your product/s, plus the chance to become a NOTHS partner. I signed up, with a mindset that there wasn’t too much to lose. I couldn’t turn down the opportunity for feedback from experts.

Initially I didn’t do too much prep work. But then my boyfriend asked me ‘present’ in a terrifying Dragon’s Den style what I was going to say to them. I crumbled. I reasoned with him that I didn’t want to over-prepare as it would make me nervous. He pointed out that, most likely, I was just afraid of failing and that lack of preparation would give me something to blame it on. He was right. So I rehearsed, rehearsed and rehearsed – not easy when you have a nervous disposition, and tend to descend into dulcet tones.

Here’s a little known secret (or widely known, now it’s on the internet). I turned up for my pitch early. One. Whole. Month. Early. Usually I’m meticulous about dates so who knows what happened… and apparently I wasn’t the only person to do it.

So, fast forward another month. Right day, right time. I nervously turn up with my pimped up shoebox of Ladykerry gifts. First, I saw the team dealing with ‘other’ – which included my greetings cards and sticker sets. I upended my shoebox, in a less professional manner than I had practiced at home. The conversation naturally flowed around what I had placed on the table, along with a few snippets of my story and background. In the end, I didn’t use the rehearsed presentation verbatim. The rehearsing was worth it though as it gave me some focus and direction.

The ‘other’ team were incredibly positive, particularly about my puns and my quirky characters (like unicorns and dinosaurs). Phrases like ‘ these will really stand out on our site’ confused me a little though… until they handed me the ‘congratulations’ card.

Only then did the penny drop. 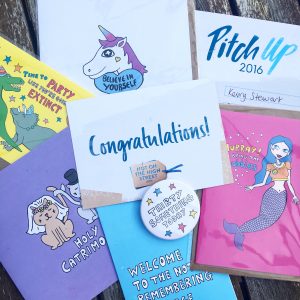 I wanted to do a happy dance. I’m pretty sure I squealed.

The home and the fashion department also reviewed my products, but my current range in these areas isn’t quite right for NOTHS yet (I’m looking at you, MFM pin badge). All the teams gave invaluable advice for product development and some tips for new top secret items I’m working on. NOTHS were also incredibly complimentary about the coherence in my brand and the bright, fun quirky feel – their love for my fantastical characters and puns was humbling. 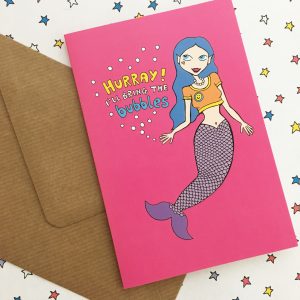 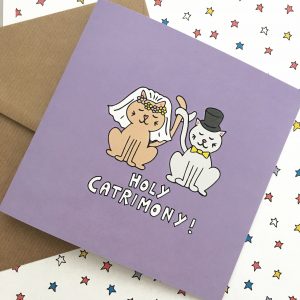 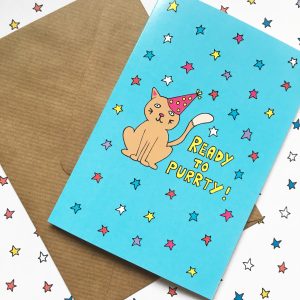 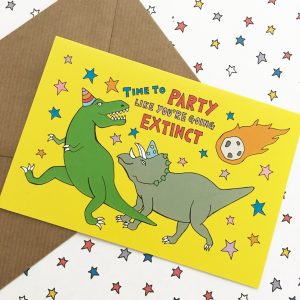 If you’re considering signing up to the next NOTHS Pitch Up event, I’d definitely recommend it. Their advice has been really helpful (and, of course, the bonus of having my cards accepted has made it even better!). I can’t wait to work with them and see where future designs and greetings cards can take me!